Last Thursday, I was invited to be one of 3 judges for the Top Chef Korean Food Challenge at the San Diego Wine and Culinary Center. I got to judge with Barbara Hansen, who used to be a celebrated food writer for the LA Times and now writes the Squid Ink blog for the LA Weekly, and James Kyson Lee, whom you’ll recognize as Ando Masahashi from TV’s “Heroes.”

The contest was hosted by Cathlyn Choi, host of Cathlyn’s Korean Kitchen and sponsored by buzzKOREA, a web campaign by the Korea Tourism Board. 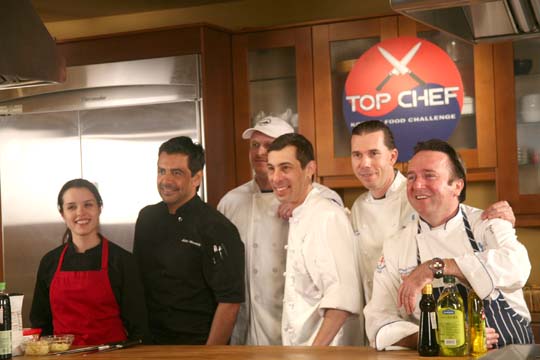 There were three teams of chefs working in pairs, from restaurants in Southern California. Each chef drew a random Korean dish and then had to make the dish in 30 minutes from a basket of Korean ingredients. Kimchi in 30 minutes? It was a challenge, to say the least.

The best part was watching chefs step up to the challenge‚Äîeach with his/her own style of cooking‚Äîall wildly different.

First up were Tijuana chef Javier Plascencia and sous chef Adria Montano, from Plascencia’s new restaurant Mision 19. They had to make dak galbi jjim (spicy stewed chicken) and galbi jjim (stewed pork ribs). Both dishes usually take hours for the meat to get tender. The solution? Cut the meat into thin, bite-sized pieces and sear over high heat. 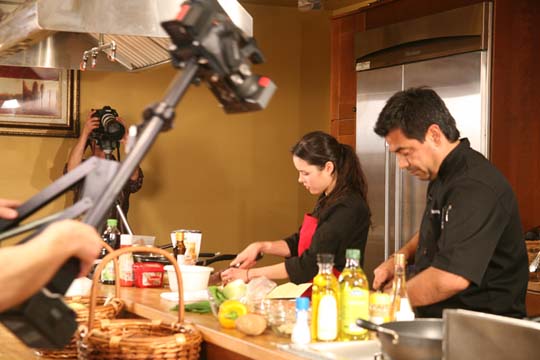 Chef Javier added the surprise of using a smoker to infuse a bit of mesquite flavor as a finishing touch to his galbi jjim. 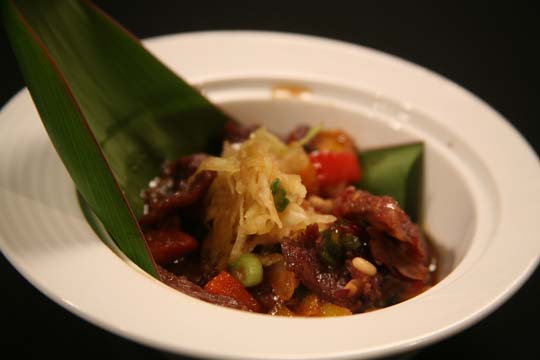 Chef Adria presented the dak galbi jjim in a dish that looked like a shooter. 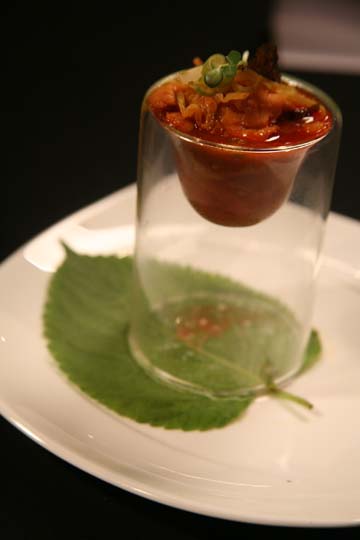 Chefs Bernard Guillas and Ron Oliver from the Marine Room (at the La Jolla Shores hotel) had the obvious advantage of being familiar with Korean cuisine and being friends with the host. Chef Bernard brought his own fennel pollen to add an extra flavor dimension to his rice. 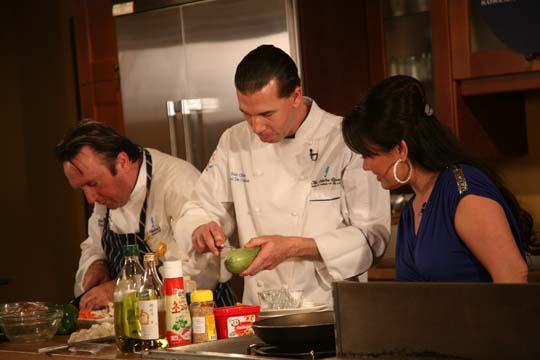 Chef Bernard’s bibimbap (mixed rice bowl) was fancied up in a French style, topped with a fried quail egg. 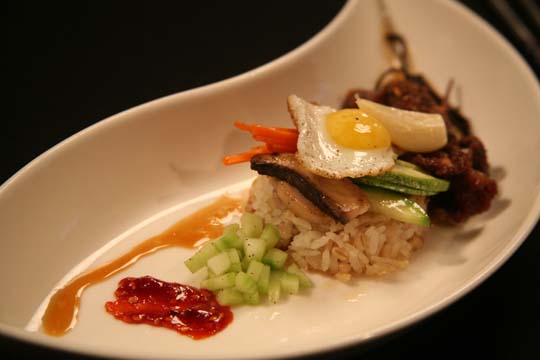 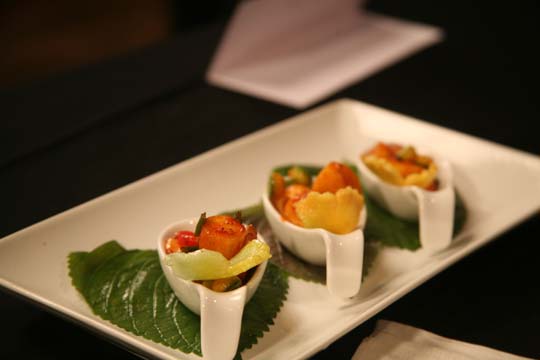 Last, but not least, chefs Brian Hirsty and Graham Norton from the Bluewater Grill in Orange County had the biggest challenges. Chef Brian had to make the royal recipe, gujeolpan (9-flavored/colored dish), and chef Graham had kimchi. 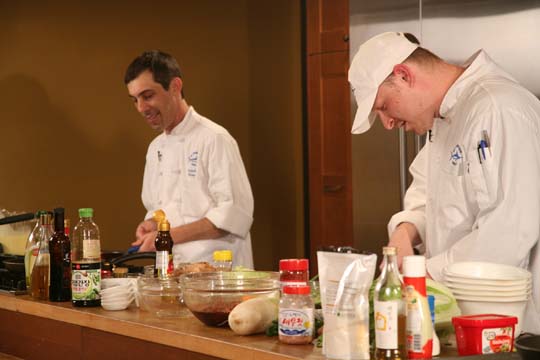 Chef Graham surprised us by wilting the napa cabbage and presenting a spicy, but distinctly Californian-style, kimchi salad. 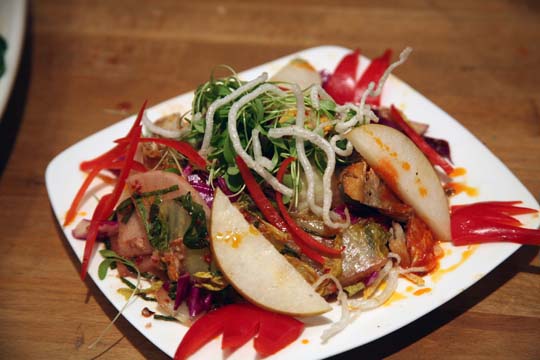 Chef Brian’s gujeolpan was a colorful display, all to be eaten with fluffy crepes.

You’ll have to wait until April 7th to find out who won. Until then, you can vote for your favorite at buzz-korea.com.

The show will be on KOCE 4/7th at 9pm and other PBS stations around the country.