Yanggu and the DMZ

Just before Kim Jong-Il died, my Aunt Jumi and I had made a reservation to visit Yanggu and go to the observatory platform there. Yanggu and the “Punchbowl” village was where the bloodiest battles were fought during the Korean war. It’s the closest you can get in the DMZ to North Korea without actually crossing the border. 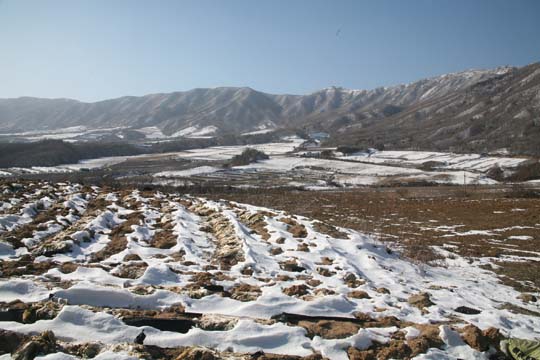 It’s called the “punchbowl” btw, because some American correspondent called it that, seeing the geography of the region while flying overhead. (Unfortunately, my photo does not do it justice.)

Of course, the day we had made our reservation was the day after Kim Jong-Il died. So, they called us from the tourist info office in Yanggu and told us we couldn’t go since things were uncertain. Luckily, we were able to go a couple of days later. However, it turned out to be both good and bad. It had snowed a ton the day before, so the road to the observatory was closed. 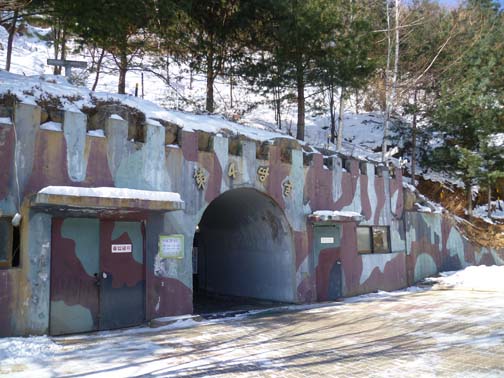 I couldn’t go look at North Korea, but I did get a chance to visit the 4th Infiltration Tunnel (so named, since it was the 4th of the tunnels dug by North Korean soldiers, that the South Koreans discovered). I was the only one on the whole tour (since my aunt had an attack of claustrophobia as we were entering), so it was just me, a soldier and the guide. We walked through a tunnel to get to the tunnel and rode a rickety monorail train into the first 100 meters of the tunnel. The guide showed me some dynamite marks and tracks laid out by the North Koreans and then we rode the rickety train back and walked out. Not worth a special trip, but I’m glad I saw it. 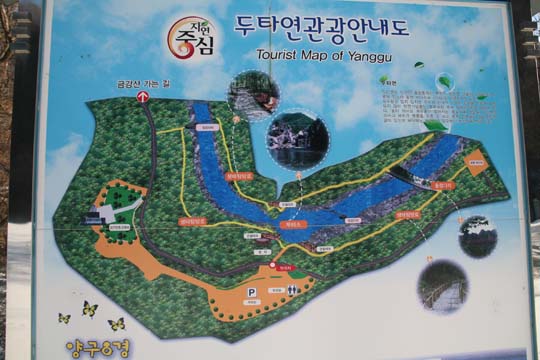 Then, we went to Dutayeon, the nature preserve and river, that had been salvaged from land littered with mines. That land, now a special military base, was part of North Korea for a time. The North Koreans had covered what used to be small farms with thousands of mines. The South Koreans got a hold of it when the ceasefire happened. And after decades, they cleared some of the mines and made it a nature preserve.

We arrived in the afternoon and two ladies there greeted us in the nicest fashion and asked if we had lunch. We hadn’t had time to eat because we were busy touring the tunnel. Concerned, they made us ramen. 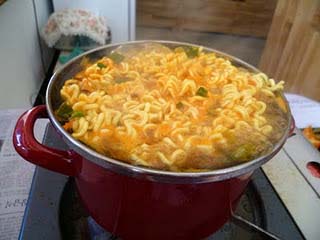 And gave us kimchi that they had made, which was really tasty, too! 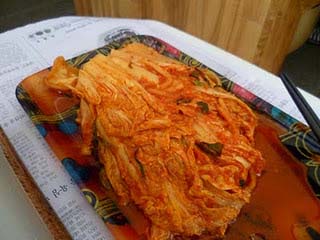 My aunt and I were the only ones on the tour. And when we arrived, the entire area was blanketed with virgin snow, still undisturbed from the previous night’s storm. 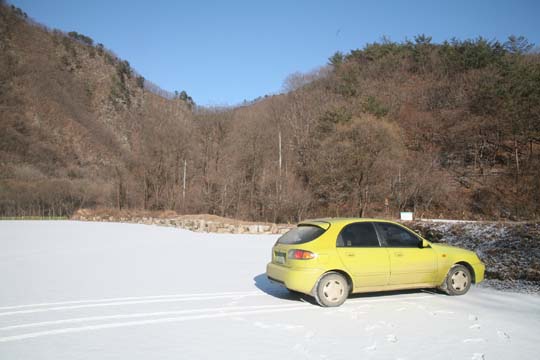 On the other side, over the ridge is North Korea.

The path was wide, but the winter sun was starting to set already. 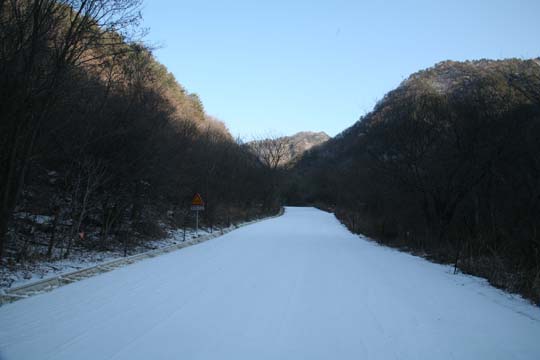 On either side of the path were barbed wire fencing and signs that warned of mines. 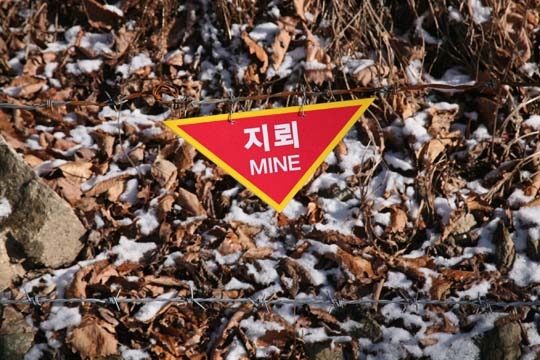 The one good side effect of the Korean war, was this unintended nature preserve created because the area was too dangerous for humans to tread, but fine enough for the light-footed animals — the deer, mountain goats, rabbits and birds that lived in the area. 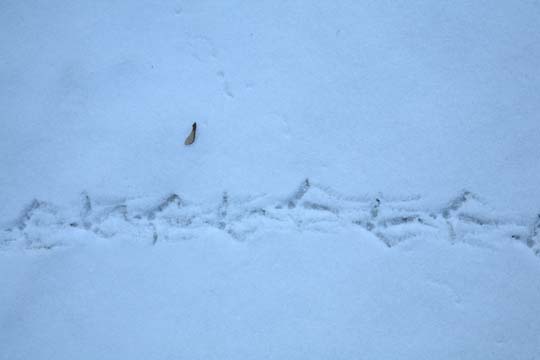 The beautiful scenery had a section that highlighted the remnants of war — pieces of artillery, soldiers’ helmets, army rations and spent mines found in the area. 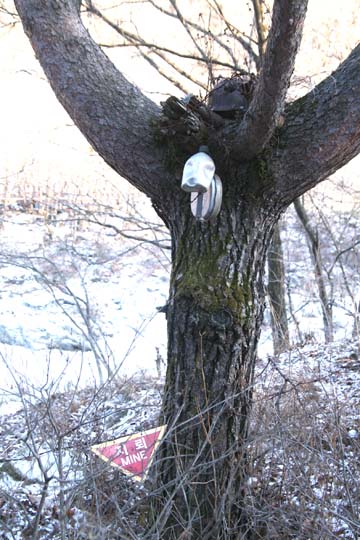 If you get a chance to visit Gangwon-do and the lesser traveled parts of the DMZ, plan ahead for a trip to Yanggu. You’ll be rewarded with warm Korean hospitality (although the ladies at the tourist office will probably not make you ramen) and beautiful scenery, dotted with remnants of Korea’s not-so-distant violent past. 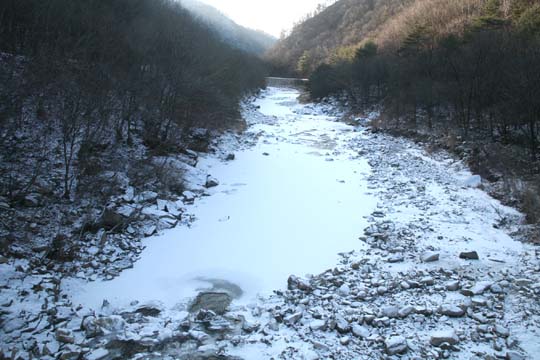 This particular trip was poignant for me, not only because of Kim Jong-Il’s death, but since it may be the last trip that my Jumi-imo and I will be able to take together. In her quiet resolve, she neglected the cancer that had been growing inside her for so long that it has spread to her bones now. And I fear that she doesn’t have much time left. At least, she was able to enjoy the kindness of strangers and a pristine nature that seemed to have been preserved for our benefit.

6 thoughts on “Yanggu and the DMZ”