Hole in the Wall Restaurant in Gangneung

In the shopping district in Gangneung, there’s a Baskin Robbins on the main drag. If you turn into a tiny alley to the right of the ice cream shop, you have to walk single file because it’s so narrow only one person can squeeze through at a time.

In this dark alley that even a bicycle can’t fit through, there is a shack, an old, old house that they run a restaurant out of. It’s called Geum-ak Kalgooksu. 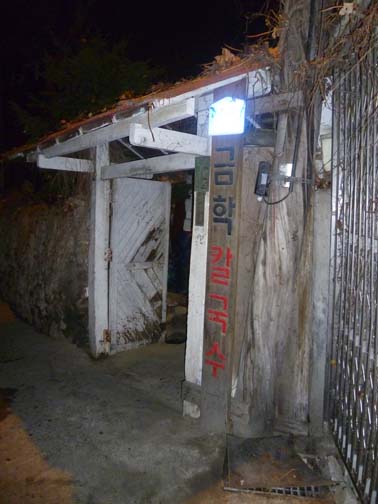 You step inside the run-down old place and you have to call into the kitchen so that they know you’re there. There’s no menu; all they make is kalgooksu (handmade noodles). They tell you to go inside and have a seat and the room took be back to my childhood growing up in Korea in the 1970s.

I don’t think the room has been renovated since the 70s. It looks just like the room my siblings and I used to sleep in behind my mom’s beauty salon. There were only 3 tables inside and plain brown wrap wallpaper that had been written on by people who’ve frequented the place. 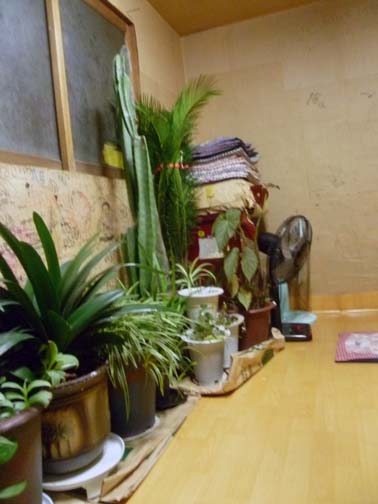 There’s just a little sign on the wall that has also been graffitied letting you know that a bowl of rice will cost you an extra W1000. 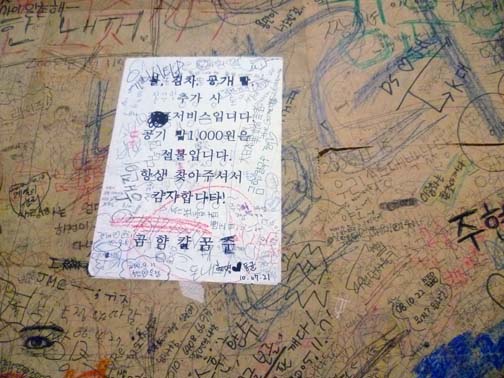 The handmade “knife” noodles arrives swimming in a spicy broth, that tastes like 1975, too. It had an anchovy-based broth with bits of gim (dried seaweed) and ggae (sesame seeds) generously sprinkled on top. 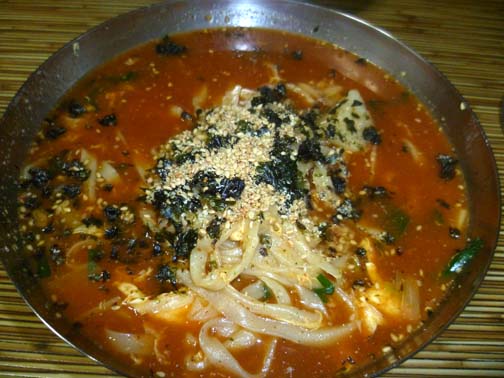 It was served with a side of kimchi. That was it. 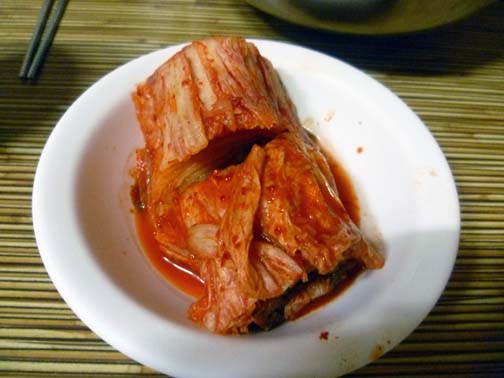 For W6000 I got to taste my childhood again. I think for that price, it was a bargain.

3 thoughts on “Hole in the Wall Restaurant in Gangneung”