The First Full Moon of the Year

Although Korea has developed into a modern society, traces of its agricultural past can be seen in so much of the culture and traditions.

Take for instance the celebration of the first full moon of the year, Daeboreum, which falls on the 15th day of the first month of the lunar year. This year, it was yesterday, Sunday, February 28th. 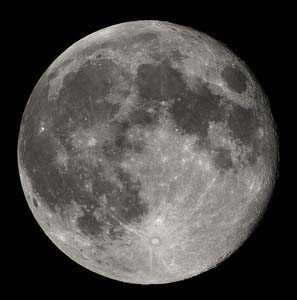 People would share “o-gokbap” (5-grain rice) with their neighbors. They believed that sharing it with at least 3 other households would bring good luck through the year (or maybe it just felt like good luck because your neighbors were being nice to you!).

It was a way for people to clear out their larders (of all those dried beans and grains and dried herbs to make room for the spring). That’s why we also eat “yakshik” (a kind of “dduk” made from glutinous rice, pine nuts, chest nuts, sesame oil and honey), another way to clear out the cabinets from winter storage.

Farmers also set the dried grasses and weeds on fire (to rid their fields of pests). In Jeju-do, they still have a special bonfire celebration for the Daeboreum.

It’s also considered good luck to be the first to see the full moon rise, so you may see flocks of Koreans climbing mountains at sundown to catch a glimpse of the glowing orb.

Another good luck ritual was to crack nuts with your teeth, because people thought that it would keep one’s teeth healthy for a year and prevent skin problems. (Thank goodness that superstition has gone by the wayside.) But people still give each other walnuts and other hard-shelled nuts as new year’s gifts.

My mom brought over some of that healthy rice and yachae (dried herbs and vegetables) We made bibimbap (mixed rice) with it before we went out to go look at the rabbit pounding rice on the full moon.